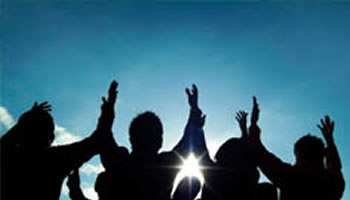 Naturally, the depth of a foundation determines the height of the building, because it is the depth that defines the strength. The Bible says, “If the foundation be destroyed, what can the righteous do?”(Ps. 11:3.) 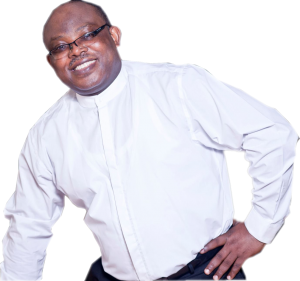 The following scripture seem to summarize Pastor John Oluwadare’s unique experience with God: “Thus saith the Lord to his anointed, to Cyrus, whose right hand I have holden, to subdue nations before him; and I will loose the loins of kings, to open before him two leaved gates; and the gates shall not be shut, I will go before thee, and make the crooked places straight: I will break in pieces the gates of brass, and cut in sunder the bars of iron:

And I will give thee the treasures of darkness, and hidden riches of secret places, that thou mayest know that I, the LORD, which call thee by thy name, am the God of Israel.
For Jacob my servant’s sake, and Israel mine elect, I have even called thee by thy name: I have surnamed thee, though thou hast not known me. I am the LORD, and there is none else, there is no God beside me: I girded thee, though thou hast not known me”- Isaiah 45: 1-5.

I believe the above aptly apply to Pastor John Oluwadare’s birth, natural growth, and subsequently, his spiritual experience.

In Pastor John A. Oluwadare’s own words: “God, in the growth of Christ Redemption Bible Church, has strategically and prudently used prayers, miracles and wonders to ‘make all men come to Him’ (John 3:26). We take biblical Christian living, fervent prayers and holiness seriously.”

Pastor John A. Oluwadare is a gifted, clear-thinking and humble man. He is a dedicated Christian and deserves the title ‘the man of God,’ which his followers have given him. Since he was a young man, John Oluwadare has devoted his time to reading and studying the Bible. He knows the Scriptures inside out, and has struggled to understand and apply them. When he preaches, his message is clear, simple, and profound. Poor street traders who can barely read sit next to university professors, all equally captivated by the way Scripture becomes suddenly relevant to them. He is tall, and does not have a larger-than-life character. He does not dominate, nor has he accrued power to himself. He walks slowly, is relaxed, and has a gentle sense of humour with a warm smile and a twinkle in his eyes. Pastor John A. Oluwadare’s own Christian life developed because he took the Bible so seriously, and so the Christ Redemption Bible Church has developed in the same way. His sermons are thorough, captivating and always personally challenging. He could therefore be classified as one of the greatest living preachers, giving a straightforward Bible-based message. He always gives a wide range of cross-references which are read in their context, supporting, clarifying and expanding his main points. He speaks clearly and authoritatively to the Nigerian situation. He deals sensitively with African culture, but also makes a firm stand in highlighting the points where local culture is incompatible with the will of God. While stressing the high moral tone which is one of the virtues of most African cultures at their best, he is at pains to specify those aspects of local culture which were unchristian and even evil. In this way he is not only concerned with some kinds of personal holiness, but also genuinely seeking the wholeness and harmony of the community at large, where truth, honesty, and justice should be the predominant characteristics.

In 1999, while still serving as Senior Purchasing Officer at Ashaka Cement Plc, Pastor John A. Oluwadare had to resign to take up the Ministerial call fully. As Apostle Paul said, he conferred not with the flesh, but yielded to the call. Prior to this, the Lord led him by the direction of the Holy Spirit to equip himself in Theological education, which took him 5 years at LIFE Theological Seminary, Lagos, Nigeria and graduated, from the Seminary as a Degree holder (B.A) in Pastoral and Biblical Theology in 1999.

Not quite long he started the course, the Lord ministered to him to start a Family Night Prayer Meeting, which later metamorphosed into Christian Fellowship Centre and through the direction of God became a full ministry, called, “Christ Redemption Bible Church”. The Church was born on 1st January 1997 and fully registered with the Corporate Affairs Commission on July, 1998.

He was born on December 29, 1958 at Ikire, Osun State to the Christian family of Late Pa Joshua Babafemi Ogundare and Mrs. Eunice Olasumbo Ogundare of Asaba Compound, Odo-oja, Ijebu-Ijesha, Osun State, Nigeria. It was a very strict Christian home where they would get up in the morning, read the Bible, sing hymns, and go to church regularly. Though, he was born into Anglican Communion, Pastor Oluwadare got converted and became born again Christian in 1972 at Be Prepared Evangelical Church, Ibadan, where he was deeply rooted in the sound doctrine of God.

Pastor John Oluwadare is a man of diverse gifts but the most prominent among them is the prophetic gift. The Lord is using him in so many ways home and abroad to bring light into the lives of many people, in his Church and in other Churches, C.A.C., Foursquare, Redeem Christian Church of God, The Word Bible Church, to mention a few. The Lord is using him particularly for salvation of souls, healings, deliverances, and to bring people from grass to grace. Many people that have not thought they could be anything in life have become great men and women in the society today through his ministration. The Lord is still using him for many barren women to get their children, many singles to get married; many jobless people to get good jobs, many to travel abroad for greener pastures through the power of God in his life. The Lord is also using him to raise leaders and ministers of God both in his church and other ministries, some of which have established their own ministries. He is also a counselor to ministers of God alike. In fact, there is nobody that has ever come across his ministration that does not have wonderful testimonies to give.

Pastor John Oluwadare, the General Superintended of Christ Redemption Bible Church, is mandated by God to depopulate the kingdom of Satan and to populate the Kingdom of God. This he has been doing since he has been called into the ministry.

He is a minister of God who believes in the balanced word of God, as well as in the efficacy of prevailing prayer. He believes and practices holiness within and without. He believes without holiness no man shall see the Lord.

Therefore go and make disciples of all nations, baptizing them in the name of the Father and of the Son and of the Holy Spirit.