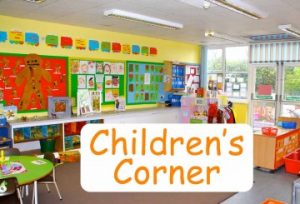 TEXT: “Do not be deceived, God is mocked. For whatsoever a man soweth, that he shall also reap.” (Galatians 6:7).

Any character or behavior you have cannot be hidden from God. You may be deceiving people by covering yourself but a day will come when the video of your life will be showed to you. Ananias and Saphira deceived the man of God, Apostle Peter, but the Holy Spirit revealed their cooked and planned lie and they were disgraced unto death (Acts 5:1-10).

Children, I want you to learn from this short story: There was a boy named Peter. He was born into a Christian family. His parents taught him the way of God that he also could preach the word of God and lead in prayer. He knew the truth about the gospel of the Lord Jesus Christ that his parents were proud of him. At home, he behaved as a child of God, reading his Bible and praying at all times. He was also obedient to his parents and senior ones. In the church, he was outstanding amongst his peers, that the Pastor and teachers were proud of him. At School, he was the admiration of everyone and outstanding in his studies.

However, unknown to his parents, the Church, and the School, he was only doing that to impress them. There was a hidden character in him that everyone did not know. He was a thief. At home, he steals his parent’s money while they are asleep in the night, or when they are not at home. He had a key to their wardrobes where they keep money. In the School, he steals other people’s money and things, without being caught or suspected.

However, just like an adage that says, “Everyday is for the thief, but one day is for the owner,” a day came during the break time while everybody had gone out to play, that he came to the class and stole huge amount of money from his Teacher’s bag and hid it in his socks. Unknown to him there was a classmate of his that saw him while dipping his hand into the Teacher’s bag.

Firstly, the classmate thought it was the Teacher that sent him, but the second day when the Teacher raised the alarm in class, the classmate told the Teacher that it was Peter he saw dipping his hand in her bag. Everybody was surprised and rebuked the classmate thinking it was a lie to ridicule Peter. But after much interrogation, Peter confessed to it and others that he had been doing it including that of his parents. His evil deeds were revealed to his parents who were very disappointed in him. However, he was suspended for his evil acts, and his parents also punished him for doing contrary to the word of God and dishonouring them as parents. He was also disciplined in the Church for these evil deeds, as he was rebuked openly in the presence of his peers and made to wash the Church toilets for 3 months to serve as an example to others. Nevertheless, the Pastor and his parents showed love to him as they counselled him in the word of God and brought him back to the Lord Jesus. Peter learnt his lesson and started to live a God transparent life.

How have you been living? Are you like Peter? Is your own lying, disobedience, fighting, abusing, backbiting etc.? Whatever it is learn from the life of Peter, repent of the sin and start to live a transparent life so that the glory of God will manifest in your life and you can be a good example unto others. When you live a transparent life, Jesus will be happy with you, He will give you wisdom, knowledge and understanding, He will give you long life and good health and everything your heart desires. Above all, anytime He comes, He will take you to Heaven where He has gone to prepare a place for you.